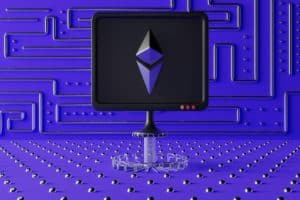 When Ethereum’s new Beacon Chain, that is, the Proof-of-Stake (PoS)-based blockchain tech, was launched, the staking of ETH was likewise launched.

Nonetheless, that feature did not include the ability to withdraw ETH once they were staked.

At present, there appears to be greater than 15 Million ETH in staking, on nearly 473,000 validator nodes.

Those 15 Million ETH in staking are still locked today.

It is worth noting that the total circulating supply of Ethereum (ETH) is about 120 Million ETH, of which 12 percent is locked in staking.

The unlocking of Ethereum (ETH) in staking

Sooner or later, the ability to withdraw those 15 Million ETH from staking will obviously be unlocked, although a definitive date has not yet been decided.

Nonetheless, testing is about to begin in this regard.

And we have liftoff

(Prysm should likewise work, but we had a config issue) pic.twitter.com/A0EWY8cO7Y

This is a devnet for Geth, Lodestar, Teku, Lighthouse and Nethermind clients, which has already been launched.

A devnet is a complete environment dedicated to developers in which to test new features without having to interact with the Ethereum (ETH) network in production. This way whatever happens on the devnet has no consequence on the main network.

This devnet will be used precisely to test the unlocking of ETH in staking with clients in use by validator nodes.

Should these tests prove successful, the circulating hypothesis is that unlocking could be deployed on the mainnet during 2023.

While the transition from PoW to PoS has taken much longer than expected, when operational testing of the Merge began, the timelines were fairly well met. So it is safe to assume that in the event of successful devnet testing, the hypothesis of the release of staked ETH in 2023 seems credible.

As reported by Van Der Wijden, the devnet will help prepare Ethereum (ETH) to open up ETH withdrawals in staking upcoming year, particularly with the upgrade named Shanghai.

Furthermore, it will be a big step forward in this regard because it will likewise help other clients test this implementation.

Then, once the devnet testing is successfully completed, the developers will have to work out the code for the Shanghai update and decide on a date on which to implement it. For now, there are no certainties or exact predictions on this.

In reality, the Shanghai update won’t be only contain the new functionality for withdrawing staked ETH, but will likewise contain other separate new features that have yet to be tested. Consequently, it is by no means certain that the date of its implementation will be decided as soon as the testing of withdrawals on the devnet has been successful.

For example, one of the other features it will introduce will be to reduce transaction fees.

1 of the most interesting new features should be the separation of code from data in smart contracts. This is proposed EIP-3540, or EVM object format, which will modify the Ethereum (ETH) Virtual Machine (EVM), or the technology that runs smart contracts.

This would be another step toward interoperability, particularly in the middle of the Ethereum (ETH) core network (the layer 1) and the second layers, which at present use a cumbersome code validation process.

For now, a testnet has already been launched for the Shanghai update, called Shandong, which developers are already working on. There is speculation that testing could end in September 2023, but this is only an estimate.

ETH’s current staking system, with no withdrawal options, has a flaw.

Indeed, in theory at least 32 ETH needs be staked on validator nodes. This results in only large ETH holders being able to run a Beacon Chain validator node.

Nonetheless, a few exchanges have made it available to their clients to put ETH in staking on their nodes.

The thing is that by doing this it is not the clients of the exchanges that have control over staked ETH, but it is the exchange itself that controls the node. This is why at present the largest holders of staked ETH are the exchanges.

Without the ability for simple users to withdraw, it is not possible to move their ETH from one validator node to another, and this establish a potential danger due to the concentration of ETH in exchange nodes without a solution option. When withdrawals are activated this challenge will be solved.

Furthermore, it is important to add that the amount of ETH in staking is essentially proportional to the revenue from block validation with Proof-of-Stake, and this at present means that the largest validators in the decentralized Ethereum (ETH) network are centralized entities such as exchanges.

The ability to take staked ETH in order to move them to other nodes will make this control by individual exchanges less robust.

As reported by September data, the leading pool for ETH staking was Lido with as much as 30 percent of all ETH in staking. This was followed by Coinbase Crypto exchange (14.5%), Kraken (8.3%) and Binance Crypto exchange (6.5%).